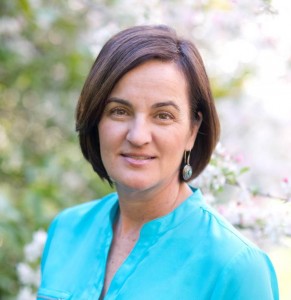 Five years ago, I stood gripping my kitchen countertop, taking short panting breaths, feeling as if I’d been squeezed inside the darkest tunnel. My son’s lies and excuses had obscured that his life was falling apart. I’d suddenly strung it all together—the soot on his forehead, the hollowed-out Bic pens, the wadded up foil, the ruined finances. My nineteen-year-old son was addicted to OxyContin.

He was so thin I wanted to cry, his skin so pale it seemed translucent. His cough would raise the hair on any mother’s head. I felt torn between cradling him in my arms and kicking him out the door.

I didn’t yet understand that addiction is a disease. I hadn’t yet learned to step back and let my child fight for his own soul. If I had known I was merely at the starting gate, staring at addiction with beginner’s eyes, I might not have had the strength to pick up the keys, put my hand at my son’s back, and steer him toward rehab.

During those wrenching years, I researched addiction until I was dizzy. I was certain I could solve his problem—that I could fix it—but the chaos, the relapses, and fear for my cub reduced me to rubble. My insides hardened up, depression dragged me down. That fear, along with denial, anger, and guilt propelled me into a support group.

Slowly, my focus began to shift to me. When I realized my incessant worry only caused my own suffering, that it did not affect my absent addicted son one way or the other, I loosened my grip on his crisis and started to live my own life. I began yoga and acupuncture, things I never thought I’d do. Tears started to feel like release, not a sign I was falling apart.

And one day, my son walked into his fifth rehab facility.

As he gains time in recovery now, I struggle to remain rooted in myself. Focusing on my own life allows my son the space to take responsibility for his and that has been the light to follow out of these deep dark woods.