Ask Kids for Their Perspective on E-Cigarette Use.

It’s a new generation, and there’s another way to hook kids on nicotine. In a few short years, e-cigarettes and other vaping devices have shot up in popularity. They’re the latest method to deliver nicotine along with mixtures of chemicals that users suck into their lungs.

For kids, vaping may seem like a fun, harmless, social experience. But for parents, vaping is both an X-factor and an all-too-familiar echo of the past. Toxins masked with sweet candy flavors and marketed as cool social props feels similar to the way tobacco cigarettes were sold for decades.

Below, two doctors (parents themselves) who’ve blogged about teens and vaping suggest how to open a conversation with your kids.

For a look at how the cigarette industry targeted young people, browse the Truth Tobacco Industry Documents, a now-public collection of studies, reports and memos created by tobacco companies. Documents include insider information on tactics for attracting new, youthful customers. (Remember candy-flavored cigarettes and Joe Camel?)

Today, vaping products are available in fruit, candy and dessert flavors. By clicking an online button assuring they’re over 18, kids can order strawberry, peach, blueberry and coconut blends; doughnut and “Belgian waffle” flavors; and chocolate, cherry and cotton candy choices among countless others.

Dr. Pia Fenimore, a pediatrician with Lancaster Pediatric Associates in Pennsylvania, first heard of vaping from a teen patient with whom she’d previously worked to help quit smoking. “She was the one that said to me, ‘It’s not tobacco. It’s safe, and it’s a way for me to not miss my cigarettes. And it even smells good,'” Fenimore says. “She showed it to me, and it smelled just like a lollipop. And I thought, ‘Oh, no.'”

An in-depth article by Janet Raloff, published June 30 in ScienceNews, digs into the dangers e-cigarettes hold for teens. Developing young brains may be more vulnerable to nicotine’s effects. It is possible to vape without nicotine; non-nicotine products are available. But that doesn’t mean all the risk is removed. Chemicals may damage lung tissue and disrupt the barrier function of the lungs.

Vaping has alternate uses. In a confidential survey of Connecticut high school students who use e-cigarettes, 18 percent reported vaping marijuana at some point.

“There’s a lot of good news about cigarette smoking dropping off – kids have definitely gotten the message that smoking is bad,” says Dr. Laura Offutt, founder of the teen health website Real Talk With Dr. Offutt. Unfortunately, she says, kids are now getting a marketing message that vaping is an acceptable replacement.

It’s harder to detect if kids are using e-cigarettes than traditional smoking, Offutt says. “They won’t have smoke on their breath,” she says. “But they might have bloodshot eyes. Or they may show signs of nicotine withdrawal,” she adds, like the irritability adult cigarette smokers can experience. She’s posted sample pictures of vaping devices on her website. “So if parents see anything that looks like that and they’re not sure what it is, that could be a clue,” she says.

When talking to your teens about vaping, play it casual, Offutt recommends. “It’s not really a judgmental way to ask the question,” she says. “It’s more just, ‘I’ve read this, and I’m curious what you’ve heard about it.’ Or, ‘Do you know any kids that are using e-cigarettes?’ or ‘What do your classmates think about e-cigarettes?’ It’s a nice way to open that conversation.”

Keep it open-ended, Fenimore agrees: “You don’t want to ask a yes-no question. Because teenagers will look for any chance to answer a question with a yes or no. Then you’re really nowhere.”

Today’s teens are more health-savvy, Fenimore says. “When you tell them nicotine can lead to high blood pressure, fatigue and sudden mood changes, and that it can lead to a lifelong, expensive and health-harming addiction, those [are] things they want to avoid for themselves.”

Stress the seriousness of vaping, Fenimore says, as a decision to not just make on a whim, but one with potential consequences of lifelong problems. “It’s not like drinking a slushy or some other thing you like just because of the flavor,” she says. “This is really a serious drug.”

Finally, be the message. If you don’t want your kids to vape, don’t vape, either. “Children of people that use products like vaping and nicotine products are more likely to use them,” Fenimore says. “They are less likely to listen to people like me and their teachers if their parents are sending – whether they mean to or not – that subliminal message of, ‘Oh well, it’s actually OK.'”

Published: December 2016 by The National Center on Addiction and Substance Abuse 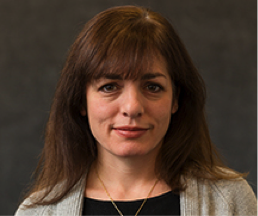 Dr. Richter oversees the policy-oriented research projects at the Center. Her work includes translating the science of nicotine, alcohol and other drug use and addiction for lay audiences and researching ways to improve addiction prevention, treatment and policy.

E-cigarettes seem to be everywhere these days, and many are calling them the next big thing for people looking to quit smoking and relatively risk-free for new users. But are they safe? Before you or someone you care about uses e-cigarettes to quit smoking or for other reasons, get the facts.

Although it’s generally agreed that these products are less harmful than smoked cigarettes, there is no evidence that they are, in fact, safe. There is a growing body of research to suggest that they may lead to negative health consequences, including:

Using nicotine, regardless of how it is delivered, increases the risk of addiction. Nicotine addiction is notoriously difficult to reverse, and addiction to e-cigarettes can lead to using other nicotine products, including smoked cigarettes, as well as alcohol and other drugs.

E-cigarettes and other vaping devices would be a preferred alternative to traditional cigarettes, when used exclusively as a replacement and only among smokers who have been unable to quit smoking using proven, medically approved methods. However, there is little conclusive evidence that they reliably reduce cigarette smoking or lead to smoking cessation.

Rather, they are increasingly popular with young people, including those who had never smoked cigarettes previously and never intended to. Research shows that some young people begin to smoke cigarettes only after using e-cigarettes.

Many smokers use these products alongside traditional cigarettes, often at times and in places where smoking is not allowed or is not convenient. The end result is an increase in total exposure to nicotine and its harmful effects.

Young people are particularly vulnerable to using e-cigarettes and vaping devices and to their effects. The younger a person is when he or she tries nicotine, the greater the risk of addiction. The developing brain is more vulnerable to the effects of addictive substances than a fully developed adult brain. Additionally, nicotine can disrupt brain development, interfere with long-term cognitive functioning, and increase the risk of various mental and physical health problems later in life.

These products are not approved by the U.S. Food and Drug Administration (FDA) as a smoking cessation aid. Until very recently, manufacturers and distributors of e-cigarettes and other vaping devices were not bound by standards of safety set by the FDA for smoked tobacco products. Despite the new regulations, e-cigarette manufacturers are free to project a risk-free image in their marketing, and offer enticing, candy-like flavors that appeal to children, adolescents and young adults.

Until recently, there was limited federal oversight for e-cigarettes and other vaping devices, making it difficult to assess the dangers of any specific product. Across products, there was considerable variation in the nature and concentration of the ingredients, including nicotine and other known toxins.

There is limited research into the long-term health effects of aerosolizing nicotine and other chemicals in e-cigarettes and other vaping devices. It is clear, however, that the additives, heavy metals, ultrafine particles, and other ingredients they contain include toxins and carcinogens.

The increase in nicotine devices and products and their widespread availability is reversing some of the progress made over decades of intense global, national, and local efforts to reduce cigarette smoking, especially among young people.

If you’re a long-term cigarette smoker and haven’t been able to cut back or stop smoking using approved cessation methods, e-cigarettes and other vaping devices products appear to be a safer alternative than continuing cigarette smoking, even if they do not help you reduce your nicotine intake. However, if you do not smoke or use other forms of tobacco or nicotine, steer clear of e-cigarettes and other vaping devices. The potential risks to your long-term health outweigh any enjoyment in the moment.